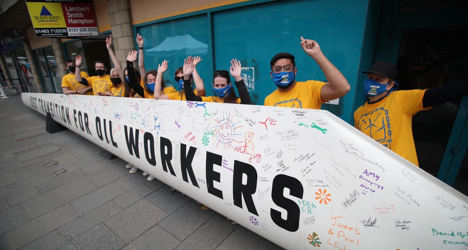 The Everun Group were delighted to donate one of our turbine blades to Greenpeace UK, who in a joint campaign with Friends of the Earth and Platform, are supporting the transition from oil and gas to renewable energy.

The Just Transition Tour campaign’s aim was to secure offshore workers easy access to sustainable green jobs in renewable energy through a petition that has nearly 12,000 signatures in total – with 1,300 people in the Highlands and Islands contributing to the petition.  Along with the petition, the public was also invited to sign the wind turbine blade to show their support for the offshore workers.

The 13 metre blade recycled from Everun arrived on Friday 2nd July in Inverness and was located in Eastgate where it was signed by campaigners, offshore workers, their families, friends and communities.  Campaigners are asking members of the public to join the conversation about moving away from oil and gas and towards more sustainable green energy.

Mel Evans, head of Greenpeace UK’s oil campaign, said: “Workers are expected to pay out thousands of pounds of their own money to repeat training courses if they want employment in offshore wind, even though they already have the right skills.

“We stand with workers, and we invite anyone who wants to show their support to come down this weekend and sign the blade, to send a message to the First Minister that it’s time to act.”

Everun are pleased to have contributed to the event through the donation of one of our wind turbine blades to support the transition from oil and gas to renewable energy. We wish them the best in their campaign.

More information on the Greenpeace campaign can be found here. 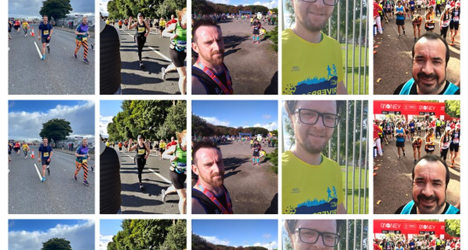 Everun is delighted to have been able to support the local community and beyond for the new year. 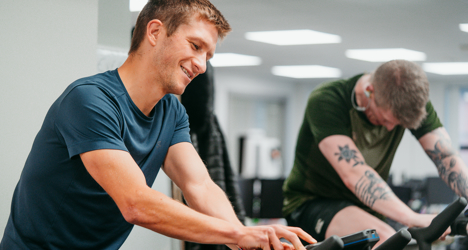 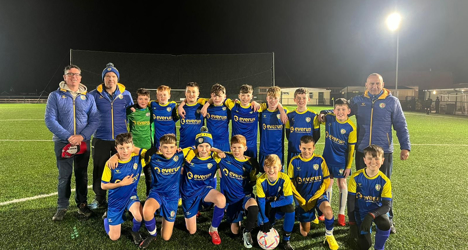