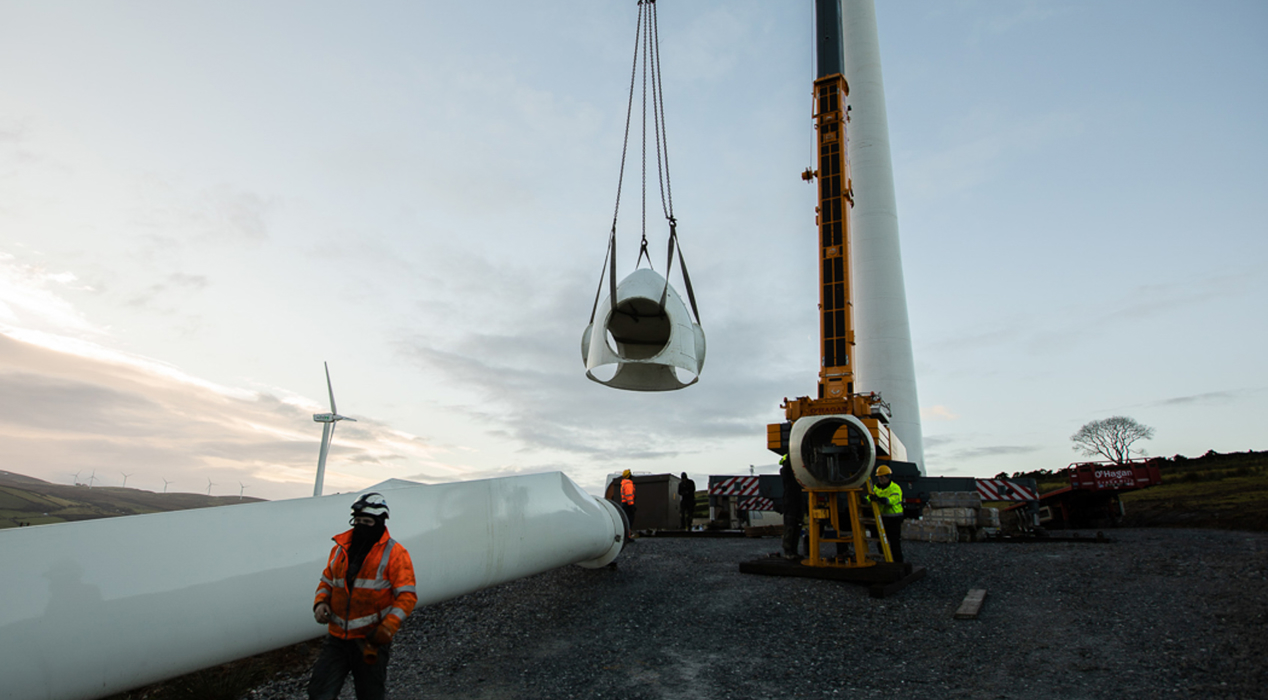 In February 2015 Everun installed a Nordex N29 on a 40m tower at the Carrick Road site. The turbine’s capacity was 250kW and the team refurbished a second hand Wind Turbine Generator (WTG) which was originally commissioned in Germany in 1994.

After a number of years of operation the site was identified as having potential for greater yield via repowering. Everun’s Asset Management team assessed the feasibility of a number of different turbine models in order to improve output from the site from both a financial and planning perspective. A full investment proposal was developed which the Asset Owner approved.

In order to commission a larger WTG, our planning team submitted and successfully gained planning approval to accommodate the increased dimensions of the new model. The amendment application included full Noise Monitoring and Shadow Flicker Assessments as well as Biodiversity Checks and Groundwater Impact Surveys. The application was successfully approved within 6 months of submission for a Vestas V39 on a 40 metre tower.

A project delivery plan was developed covering all requirements to acquire and install the new turbine. A suitable Turbine was sourced and refurbished by the Everun team. The refurbishment included an overhaul of all major components including the gearbox, generator, main bearing and yaw system.

In order to facilitate construction the access lane to the site was improved, crane base extended and the original foundation base removed.  A foundation bespoke to the in-coming turbine was designed and installed in its place.

Everun managed and carried out all the construction components of the repowering project including decommissioning and disposal of the original turbine, installation of the repowered turbine along with reconnection and commissioning. The installation process included liaison with the DNO and the build phase of the project were completed in August 2020.

In-house experts ensured a quick turnaround on the OFGEM amendment which was successfully approved within 8 weeks.

The benefits of Repowering for our client included: 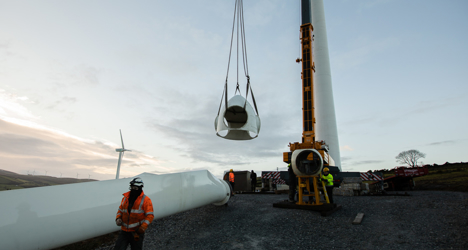